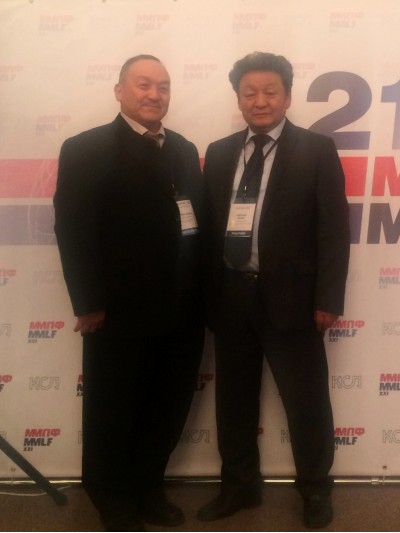 Many countries are adopting programs to reduce carbon dioxide emissions, including from road transport. Concrete plans are being adopted to reduce the number of vehicles with internal combustion engines on the road. Instead, it is planned to increase the number of electric vehicles.

Bishkek with a population of about 1 million has significant air pollution problems from automobile emissions. Cars are the most intense source of air pollution in Bishkek. The annual total volume of emissions of pollutants into the atmosphere of Bishkek is 240 thousand tons, of which 180 thousand tons of pollutants are from cars. The number of cars registered in the city exceeds 500 thousand, of which less than 100 are electric vehicles.

The system of passenger transport in the city has its own characteristics [1]. Minibuses are the dominant transport in Bishkek. The minibus network consists of 120 route lines, including about 3000 units. minibuses and is serviced by 40 private operators. The route network covers 70% of the city's territory. According to the Department of Urban Transport under the Mayor's Office of Bishkek (hereinafter UGT), 30% -40% of the total number of route lines leave the route outside the city.

The quantitative indicators of the work of the bus and trolleybus carrier are inferior to minibuses in all key parameters. According to the UGT of the Mayor's Office of Bishkek, in 2018 the number of route lines of municipal enterprises was: 10 by the bus and 10 by the trolleybus, about 110 trolleybuses out of the existing 156 and 110-120 buses go on the line every day. As a solution, UGT sees an increase in the park of public municipal transport up to 60% -70%, this is an additional 400-600 units. large class buses (100 passenger seats), which will optimize the quality and streamline traffic flows in the capital's streets. The city administration is taking measures to improve the environment - buses with gas engines have been purchased, which reduces harmful emissions. Efforts are also being made to expand the trolleybus fleet.

However, for the correct organization of the logistics system of passenger transport, the structure of the rolling stock must correspond to the size of the urban population [2]. Bishkek belongs to the 2nd group of cities (table 1) and therefore, with the recommended average capacity (90-100 passengers - seats), it should have a rational structure of the passenger fleet. It is recommended that in the cities of the 1st-4th population groups, the bulk of traffic is carried out by rolling stock with an average capacity of 65-90 passengers. places. At the same time, the proportion of low-capacity rolling stock should not exceed 20% and decrease with the growth of the city's population. At the same time, it is necessary to increase the share of large-capacity rolling stock.

Recommended average passenger transport capacity depending on the population of cities

The developed concept for the development of public transport [3] also recommends the need to achieve the desired ratios of transport shares: 70% of passenger traffic should be served by large-capacity rolling stock. While now - 70% of all public transport is carried out by private carriers in minibuses. All this is aimed at ensuring the convenience and comfort of the public transport system and reducing traffic. In addition, the introduction of low-emission transport is recommended.

The Government of the Kyrgyz Republic is also taking measures to improve the situation in the field of passenger transport in Bishkek, including reducing harmful emissions. In August 2020, a Memorandum of Understanding was signed between the Asian Development Bank (ADB) and the Ministry of Finance of the Kyrgyz Republic on the project for the electrification of urban transport [4]. This project provides for the purchase of modern energy efficient battery electric buses, charging infrastructure (substations, electrical installation and construction works), equipment for bus service. In addition, it is planned to modernize the infrastructure of bus depots, build all-weather parking spaces for new electronic buses. The project also includes the creation of a pilot "green" traffic corridor for electric buses.

However, the use of electric buses in Kyrgyzstan is new and unfamiliar. Therefore, the result of the analysis of the efficiency and applicability of various options for electric transport in Bishkek is proposed. The classification of modern electric transport options is shown in Table 2 [5]. The disadvantages of the trolleybus are the connection to the overhead network and the cost of the network itself. The overhead network, together with cable lines and traction substations, is an expensive infrastructure facility that requires significant investments in construction and maintenance.

There is also an intermediate solution. In countries where the lines of the classic trolleybus have been preserved, the option of a "partial" trolleybus is being considered, i.e. trolleybuses with autonomous running from accumulators.

Classification of types of electric transport

The most interesting of them:

1. Classic electric bus - ONC. With static charging at night in the depot, it combines all the advantages of a bus and a trolleybus. In addition, electricity is generally cheaper at night than during the day, which is also an advantage.

However, its big drawback is the weight and price of the batteries. Therefore, the mileage of classic electric buses is limited - for most modern models it does not exceed 200 kilometers, which is not enough to work on routes throughout the day.

This problem can be solved by electric buses with ultra-fast charging on the route during part of stops (OC), or with dynamic charging of batteries in motion. Dynamic charging takes significantly less time, although it requires a dedicated charging infrastructure. IN

The existing contact network of a classic trolleybus or even a tram can serve as such an infrastructure in cities.

2. A trolleybus with significant autonomous running - IMC. It is an economically and environmentally viable option for cities with existing trolleybus infrastructure. For electric buses, IMC is considered the most economical technology for high-capacity lines (frequent maintenance, high-capacity vehicles) or lines with high energy demand.

An analysis of passenger capacity and energy efficiency of transportation by various modes of transport is shown in Table 3.

The cost structure of individual electric bus systems is shown on picture 1.

From a technical point of view, all these options are very similar - the body and chassis of the bus type, the traction motor, the control devices and the supply of electrical energy. Differences in the cost of various designs of electric buses are determined mainly by the capacity, size and weight of batteries. On average, a lithium-ion battery with a mass of about 1000 kg provides an autonomous mileage of up to 25 km. This represents about 5% of the total mass of the IMC electric bus.

Measures for the development of electric transport in Bishkek.

The construction of contact networks is quite high (the cost of 1 km of the line is more than 400 thousand dollars), and the purchase of autonomous trolleybuses is a very profitable solution.

For the city of Bishkek, a project is proposed (Table 4) for lengthening trolleybus routes from the terminal stops to the veins of the massifs using the IMC.

The lengthening of routes is insignificant and is easily overcome by autonomous trolleybuses, which pull part of the passenger traffic in the residential areas onto themselves. This improves the quality of passenger service and the role of public electric passenger transport.