Why did I choose the logistics profession? 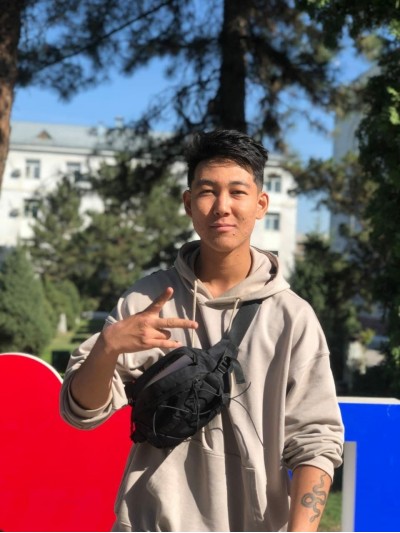 To begin with, I would like to introduce the reader to the author of this essay himself in order to avoid any misunderstanding and reveal the full picture of this act.

Niyazaliev Nuraaly, an ordinary boy from the city of Bishkek, as a child, answering the questions "who do you want to be in the future?" playfully saying that I will become a hero of the world, or the president, could not even imagine that he would choose such a serious and responsible direction as Logistics. And the first thought that arose and perhaps gave an impetus to action was in the 10th grade, when questions about the profession and the choice of a university seriously arose. Initially, the boy could not decide on the choice of a profession for a further prosperous life, but somehow the word "logistics" came into his life . Over time, he began to show interest in this profession and little by little began to think about the prospect in this direction. But these thoughts remained only thoughts, and everyone, including our main character, forgot about them.

How did it happen that he still got to where he is at the moment? July. Knowing their results of the State Exam, three friends are looking for a place to enter, and one of the many options is Polytech, management. Three friends decide to come and take a live consultation with specialists in this field , first choosing the I. Razzakov Polytechnic University. Let's imagine a situation, the first of the three guys comes an hour earlier, somehow randomly gets to the consultants of KGTI in the direction of logistics and learns about an hour what the meaning of this profession is. As soon as two friends approach, they sit down on a bench and slowly think about a plan for further actions. And at this very moment, the first guy who came before those two offers to go to logistics, thereby disrupting the original plans, explaining that logistics includes much more disciplines and opportunities in the future than the direction they initially chose. In the midst of a conversation, one of those two guys, or to be more precise, Nuraaly, remembers his intentions from the 10th grade about entering the logistics direction. Without hesitation, considering it as some kind of sign, he agrees to take such a risk and try his fate in this difficult but interesting direction.

That's how I ended up here, at the Polytechnic, in my second home. And even if this story is not so full of morality or awareness, but there is a certain history in it , and I believe that since I have chosen this profession for myself, I will try to become the most qualified specialist in this direction.